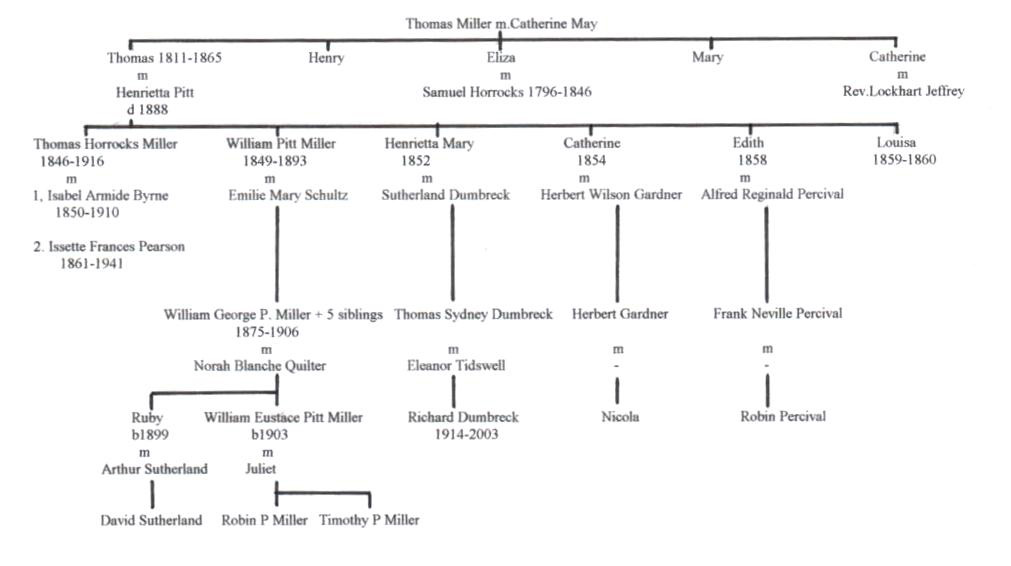 Richard Dumbreck was born in 1914, and was educated at Charterhouse and Cambridge University. He served with the Royal Artillery in the Second World War in various theatres of war. He became the owner and head teacher of a boy's preparatory school near Tunbridge Wells. Richard Dumbreck took an active interest in Singleton and was keen that it should prosper as a community. He died on 21st January 2003 and left instructions in his will that upon his death, his executors were to set up a charitable trust to hold the estate for the benefit of the village and its community. 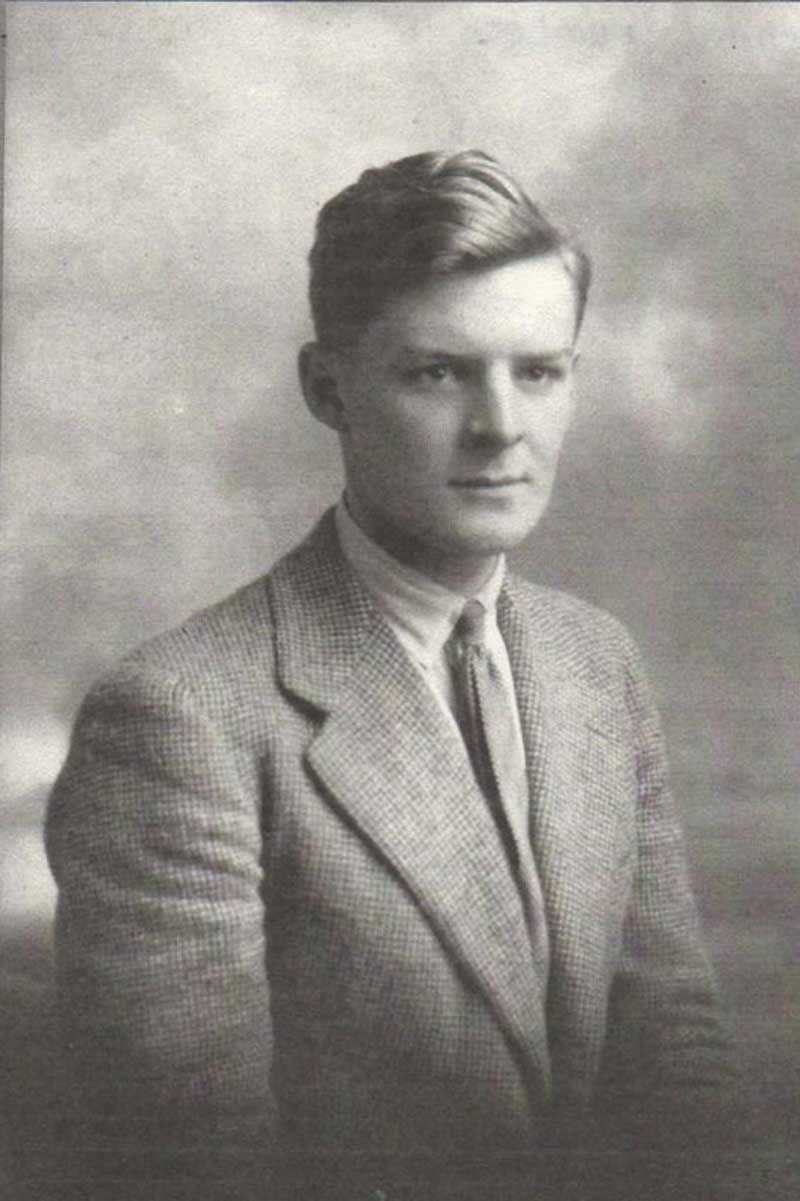 In 1873 Singleton Hall and the surrounding parkland was built for Thomas Horrocks Miller and his first wife Belle. The gardens and parkland were designed by Edward Milner. The house has now been transformed into stylish apartments that are privately owned and still retain many of the original features of the Miller home. The parkland around the Hall is now owned by the 'Richard Dumbreck Singleton Trust' . Visitors to Singleton can just see the Hall surrounded by trees from the footpaths across the park. 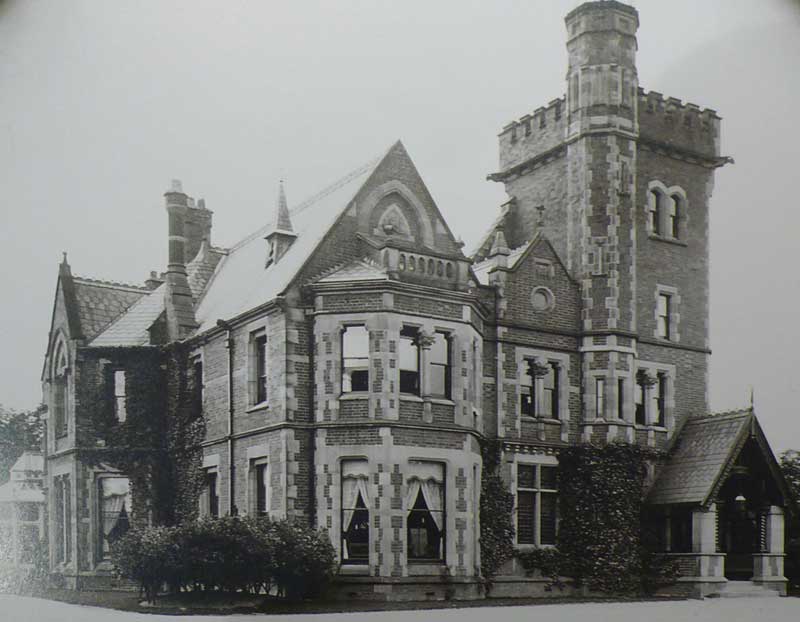 Today Singleton Park is made up of 40 acres of parkland with many of the original woods, park fencing and gates still remaining. The 'Richard Dumbreck Singleton Trust' has recently built permissive footpaths that link to existing public footpaths to give access to all.

The Miller family commissioned the Lancaster architect, Edward G. Paley to build St Annes Church. It was consecrated in 1860. The Lych Gate bearing the family inscription was added in 1879 and the vestry was added in 1939.

Opposite the church was a garden laid out with roses and box hedges in intricate shapes. The Miller family would walk through the parkland and this garden on their way to church. Today the are is known as Puzzle Wood and no evidence of the garden remains. 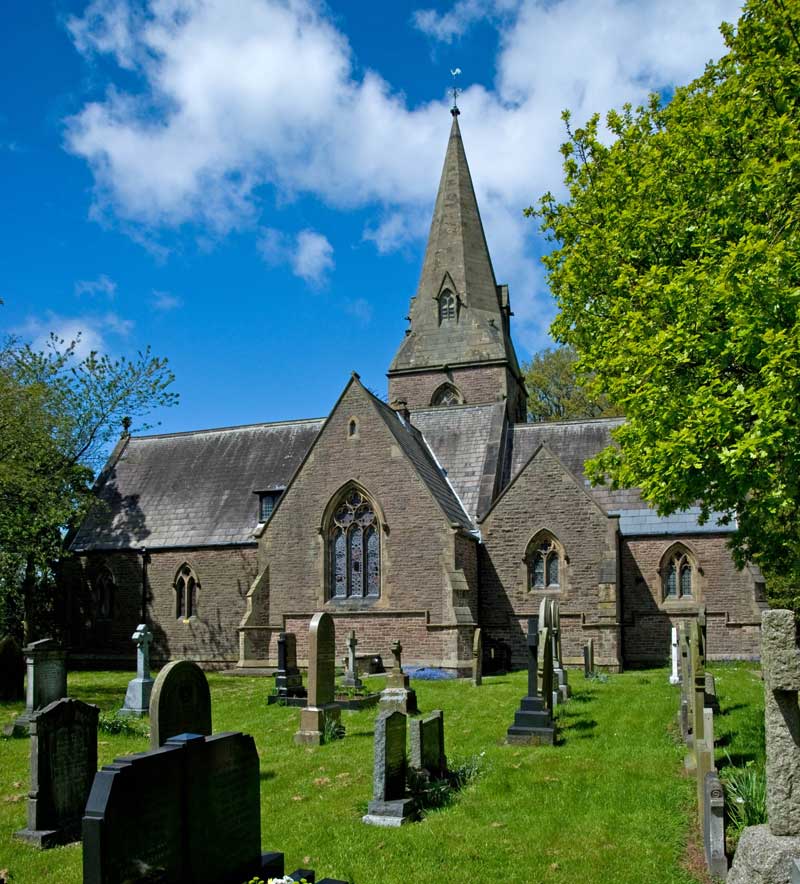 In 1863 the Miller family demolished the old school house that was in the wood next to the church and built the new school that can be seen today in Church Rd. 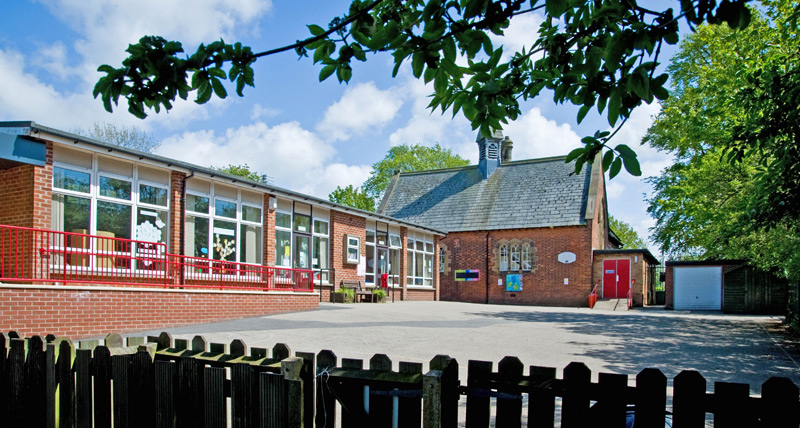 In the late 1800's the Miller family made Grange Farm into the estate's 'home farm'. Here they developed new methods of farming and bred pedigree cattle and sheep and the farm was fitted with the most up to date dairy. Courses were held there on butter making. 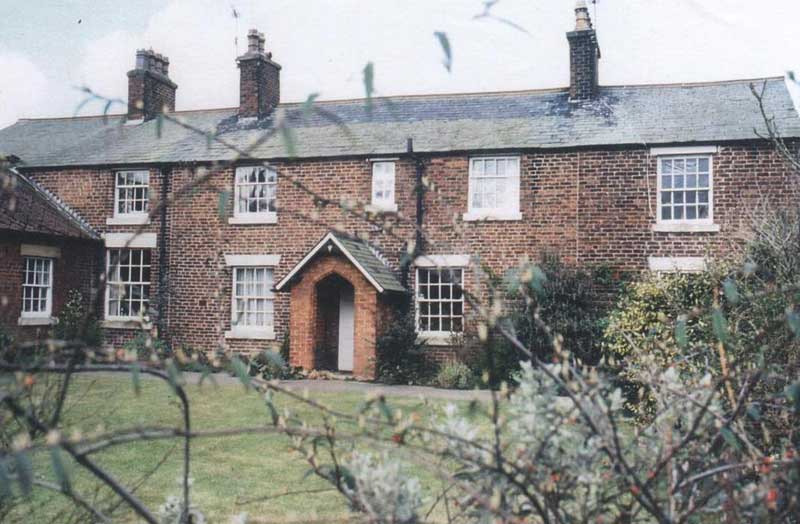 Thomas Horrocks Miller's second wife Issetta built the Village Hall 1924. In its day it has accommodated many concerts, plays and dances as well as being a regular meeting place for village groups. In 2013 the old hall was demolished and a new hall was built in the same style as the old with monies raised locally and a grant from the Lottery fund.

South Lodge was the gate house to Singleton Hall and the original gates bearing the initials of Thomas Horrocks Miller still stand. On the gatye posts there are cuptures of 'Demi Wolves' taken from the miller coat of arms. On the house there is a stone sculpture, possibly of a much loved pet dog of the Miller family. 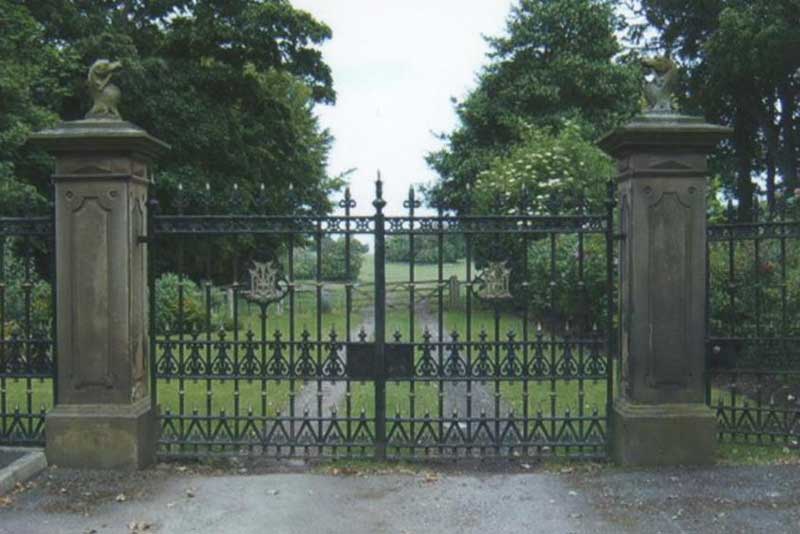 The Miller family built Singleton's smithy opposite the Bowling Green but as cars and tractors took over from horses the smithy became a garage in the 1940's. This has now been demolished and two new houses have been built in its place. 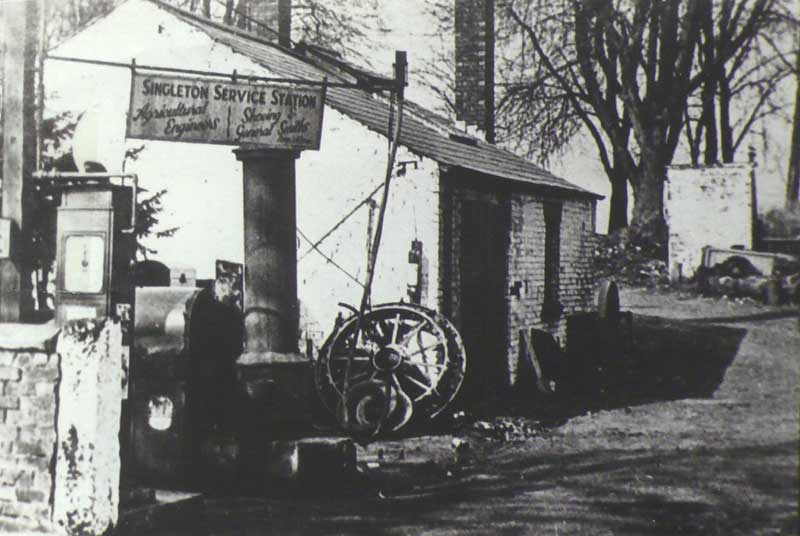 Next to the smithy there was a wooden black and white hut that was used as a reading room. Alderman Miller wished his tenants to enjoy some leisure time and he provided this place with books, daily papers and a billiard table. 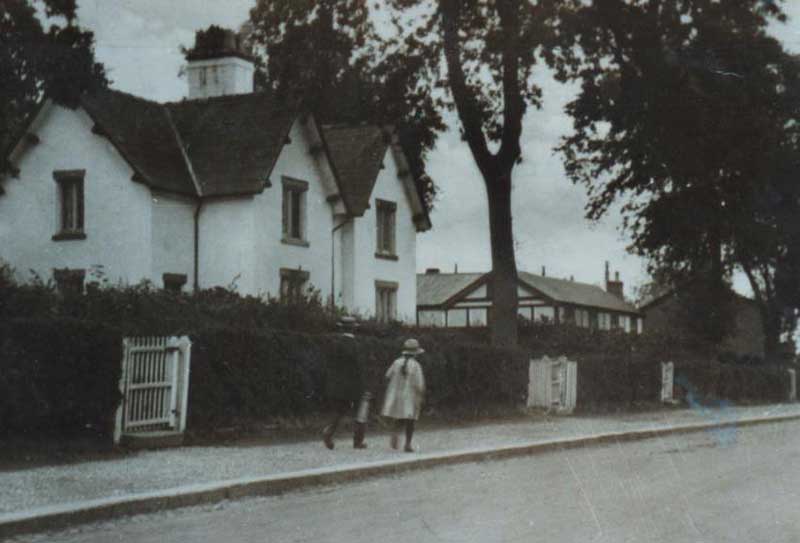 The original Post Office was sited next to the smithy but later moved to this building on the corner of Station Rd.

In 1882 a railway station was opened near to Todderstaffe Hall Farm. The Miller family arranged for parts of Station Rd to be built so they had easy access to the station. This station was closed in 1932 and was later demolished. 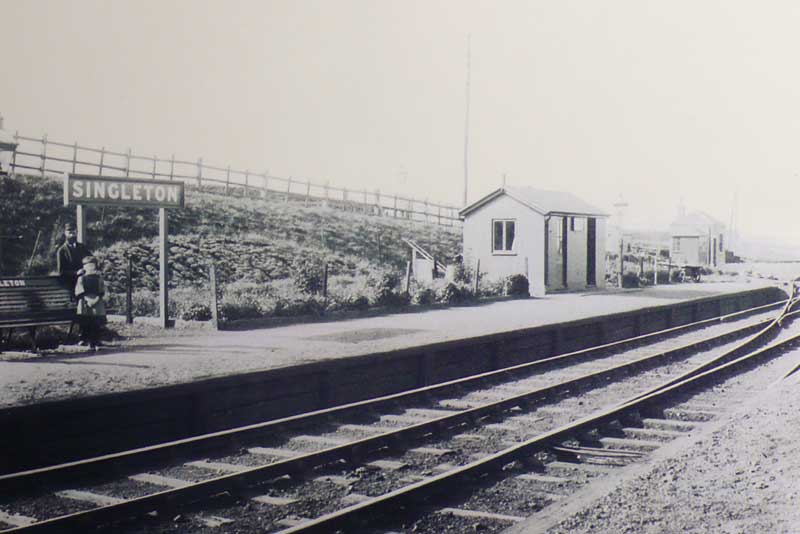 The pub was originally called the Hornby Arms but the new squire of Singleton renamed it the Miller Arms. 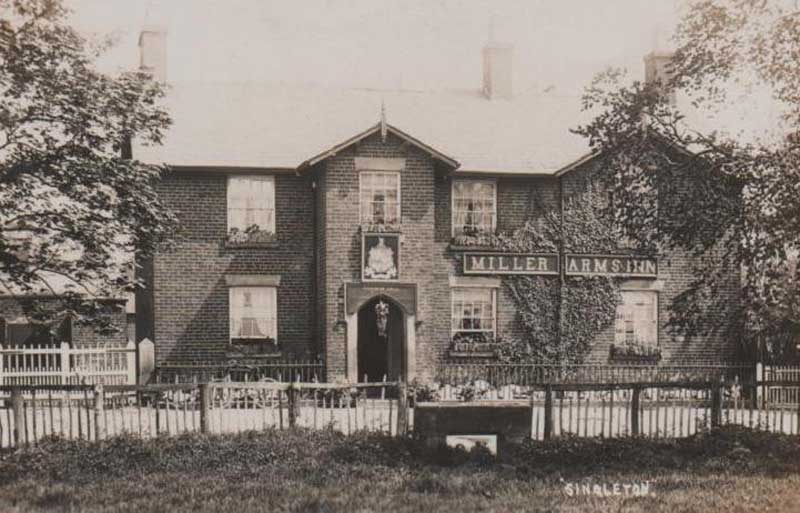 In the mid 1800's the Miller family demolished the ld tenanted cottages and rebuilt them as we see today. Each had enough land to have a vegetable plot and room to house a pig and some hens. The houses were built in pairs, one pair brick and the next pair rendered. Rumour has it that Mr & Mrs Miller couldn't agree on the style so both were built. 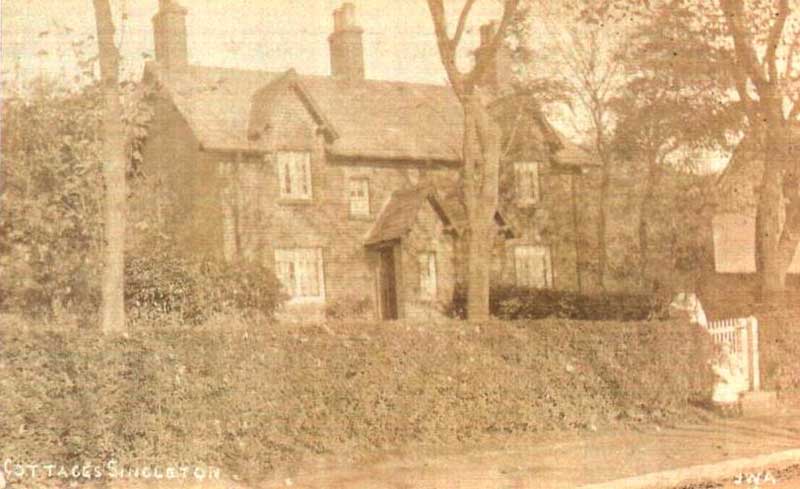 To safeguard the estate properties, the Miller family built the fire station in 1882. This housed a horse drawn fire engine (possibly a Merry Weather) and was manned by local volunteers. In the event of a fire the first job was to catch the horse that was grazing in a nearby field. The fire station became redundant in 1946 but is stall a focal point of the village. 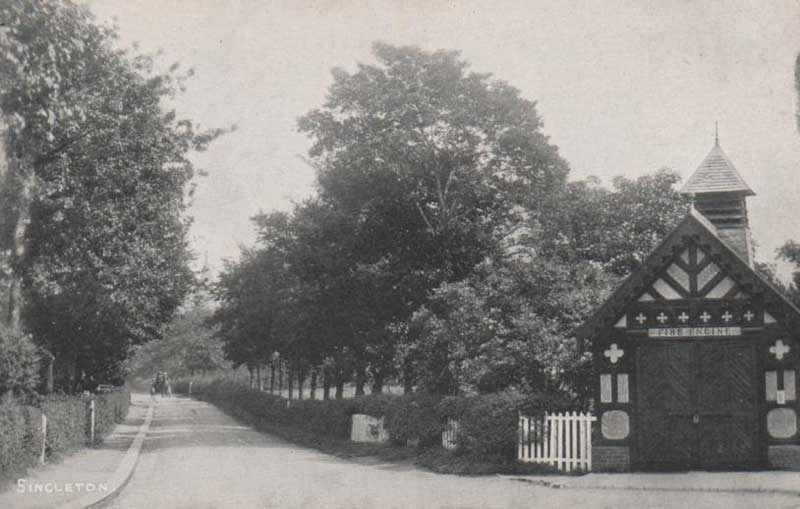 The windmill was part of the Singleton Estate from the early 1800's . It was sold off in the 1940's and then demolished tem years later.

Cotton manufacturing became the largest employer in Preston in the 19th Century. It developed from the first mill in Preston in 1777 and by the middle of the 19th century 80% of the population of the town depended on it. 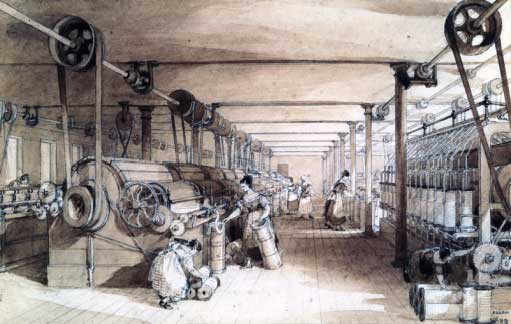 In 1833, 35% of mill workers in Lancashire were under 16. they were among those most harmed by industrial diseases and injuries.. Mutilation and death werefamiliar aspects of mill work but lung damage was the real blight of a textile workers life. Years of irritation by cotton dust in stifling unventilated rooms often caused lung conditions that would permanently disable them. 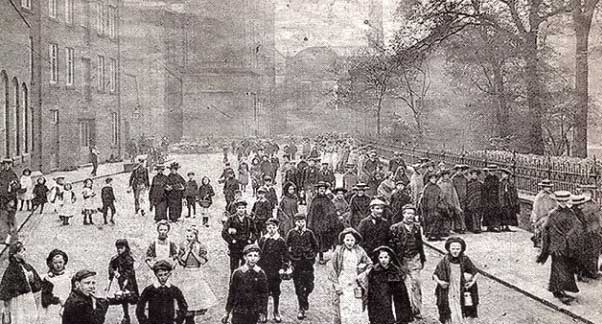 Workers in the carding rooms - where cotton fibres were brushed open, cleaned and straightened prior to spinning - rarely reached the age of 50. Charles Dickens visited the town in 1854 during the 7 months long strike and was thought to have based 'Coketown' in the novel 'Hard Times' on Preston and the character Thomas Gradgrind on Thomas Miller

The legendary shire horse, Honest Tom was born in 1865. He won first prize at many agricultural shows around the country, most notably Birmingham, Liverpool, Yorkshire and Lincolnshire. He became a legend in his own time and his celebrity status was sure to add to the crowds at any event he attended. An early example of celebrity advertising is 'Honest Tom Cigars' which has a picture of Honest Tom on the small wooden cigar box. This is now on display at the Beck Isle Museum in Pickering, North Yorkshire. 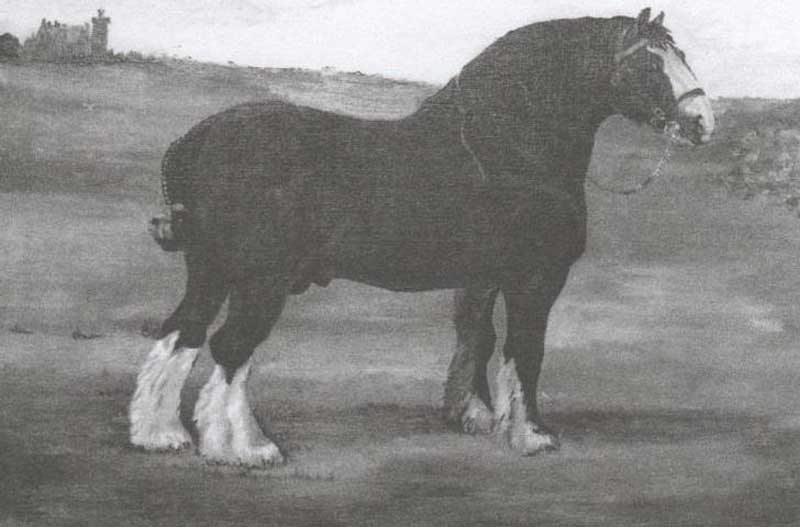 Honest Tom, the famous shire stallion was bought by The 'Fylde Cart Horse Breed Society' bought Honest Tom in 1871 and Thomas Miller bought him when the society closed sometime later. When the horse died in 1885 Mr Miller had his head and neck preserved by taxidermy and his body was buried in the grounds of Singleton Hall. In 1970 the head was moved to the Royal Lancashire Agricultural Society's headquarters and later to Preston Auction Market from where it was stolen in 2000. Thirteen years later Honest Tom's head was recovered and it is now on display at the Shire Horse Society's office at Shire Farm, Rockingham Castle, Market Harborough LE16 8TP. 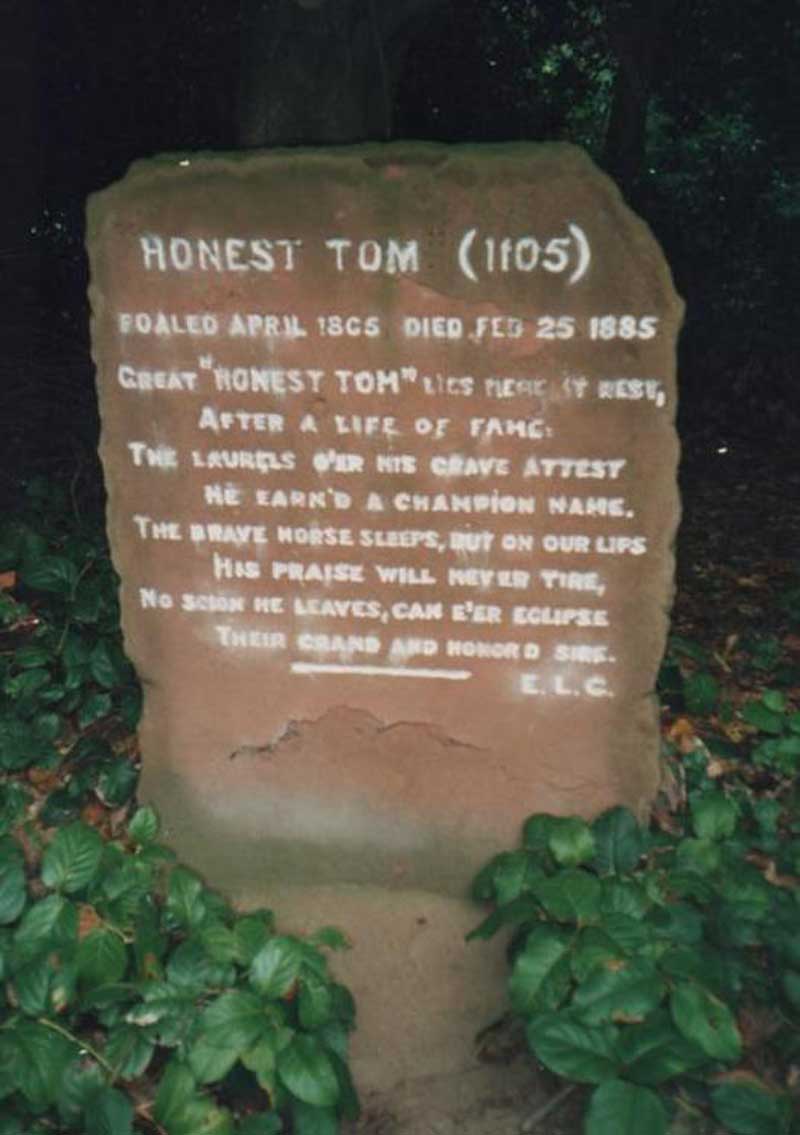 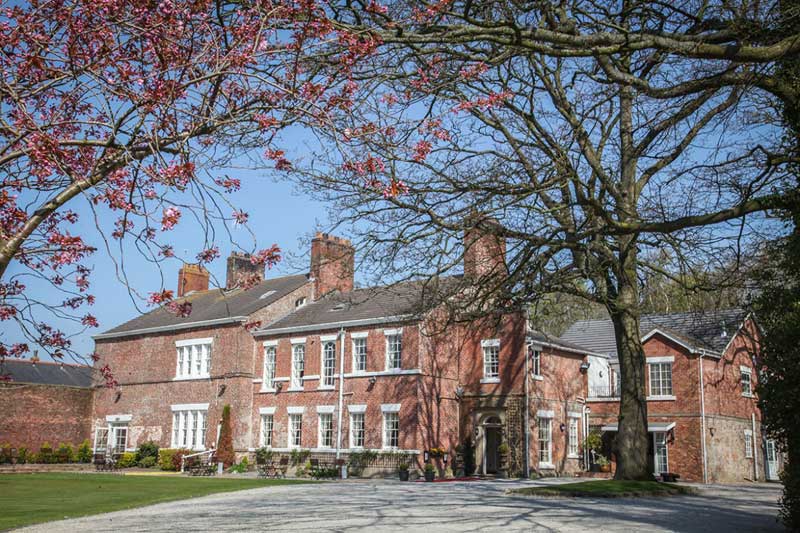 Legend has it that Meg Shelton - the Fylde witch - was born in Singleton in the 17th century.. She was thought to have lived in a small cottage near the church before moving to nearby Woodplumpton. It was said that Meg would cross the night sky on her broomstick, turn milk sour and make the cattle lame. One tale tells of her steling some milk from a neighbouring farm and then turning her pitcher into a gooseto disguise it as she walked home.

Unfortunately the spell was broken when the suspicious farmerstruck the bird with a stick causing the pitcher to shatter, spilling milk everywhere and revealing her mischief.

In 1705 Meg was crushed to death by falling barrels and was buried in Woodplumpton churchyard. Meg's corpse was said to have reappeared above ground several times before she was finally buried head-first beneath a large boulder which can still be seen today in St Anne's Church at Woodplumpton.

Robert Gillow, founder of the famous furniture company 'Gillows' in Lancaster was born at Gillow's farm in 1704. The property stood to the right of the Miller Arms and was demolished in the 1950's.